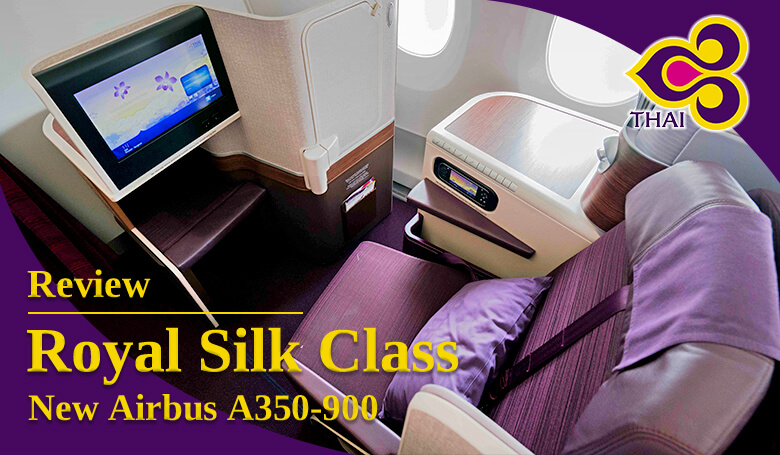 Let’s get to know the brand new Thai Airways Airbus A350-900XWB (Extra Wide Body), which was just recently introduced. This is the newest airplane in use for THAI. The first of the model is called HS-THB, also known as Wichian Buri–named by King Bhumibol–which is identical to the name of a district in Phetchaburi Province. 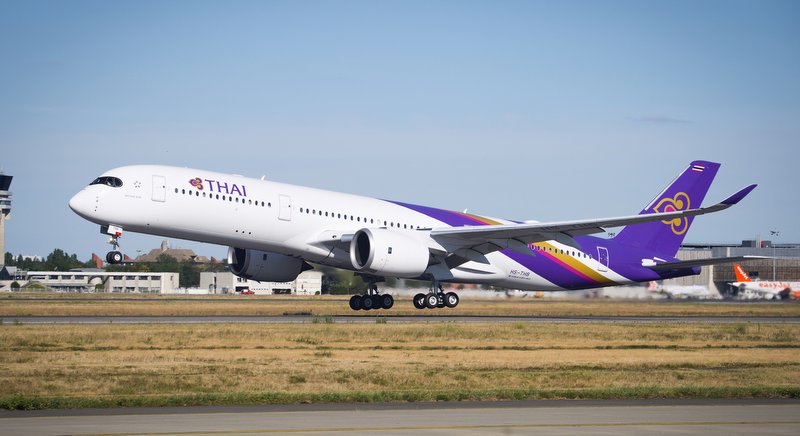 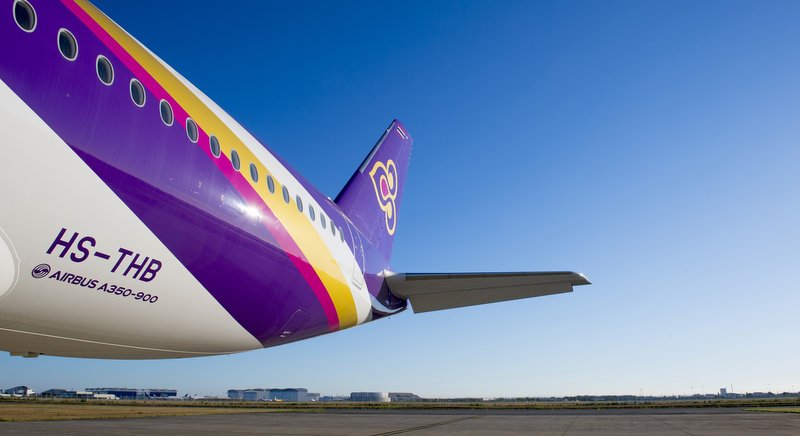 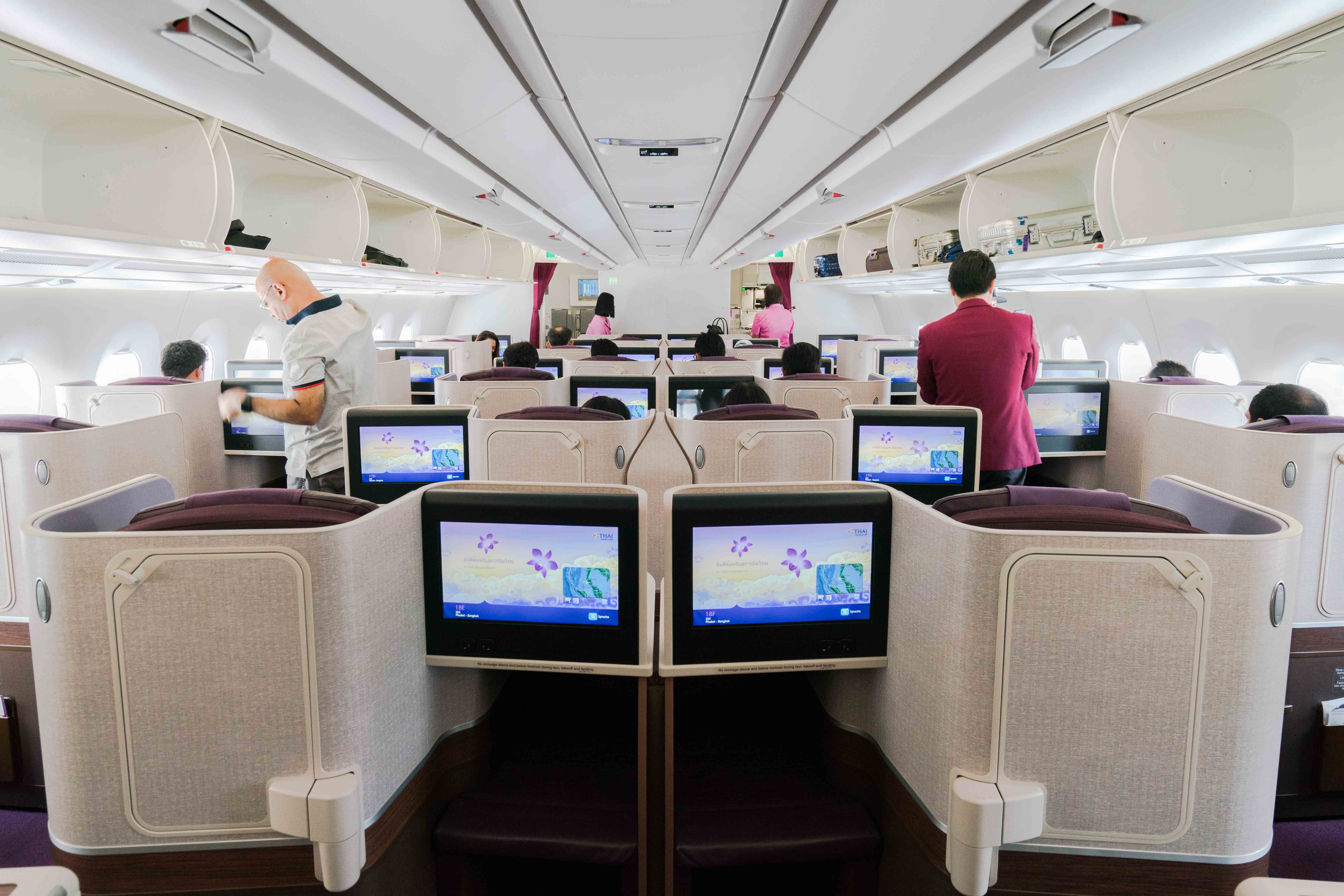 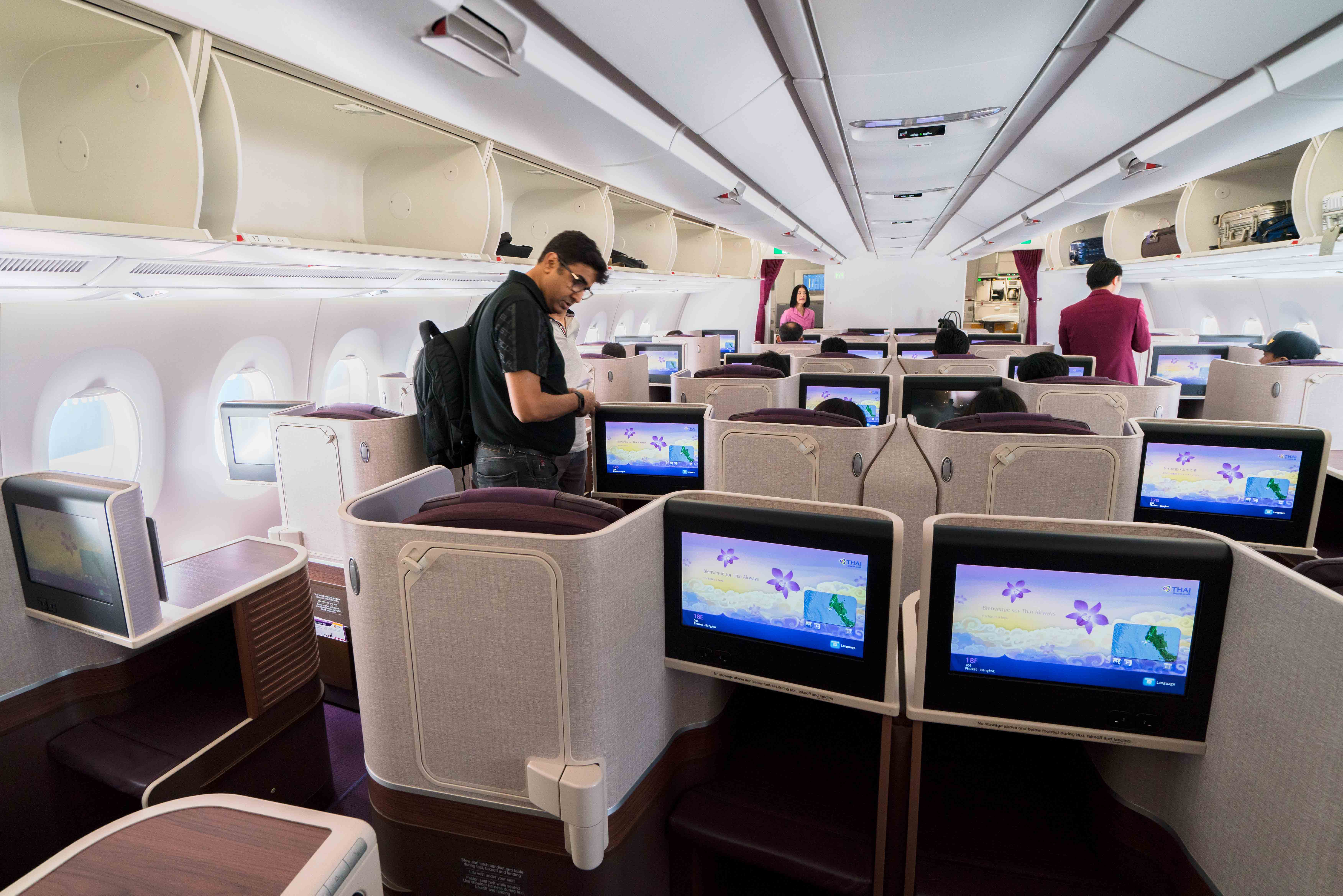 Inside the plane, the aircraft cabin looks absolutely brand new. The zone consists of 32 seats in total–divided into 8 rows with a 1-2-1 configuration. Every seat has direct access to the aisle. 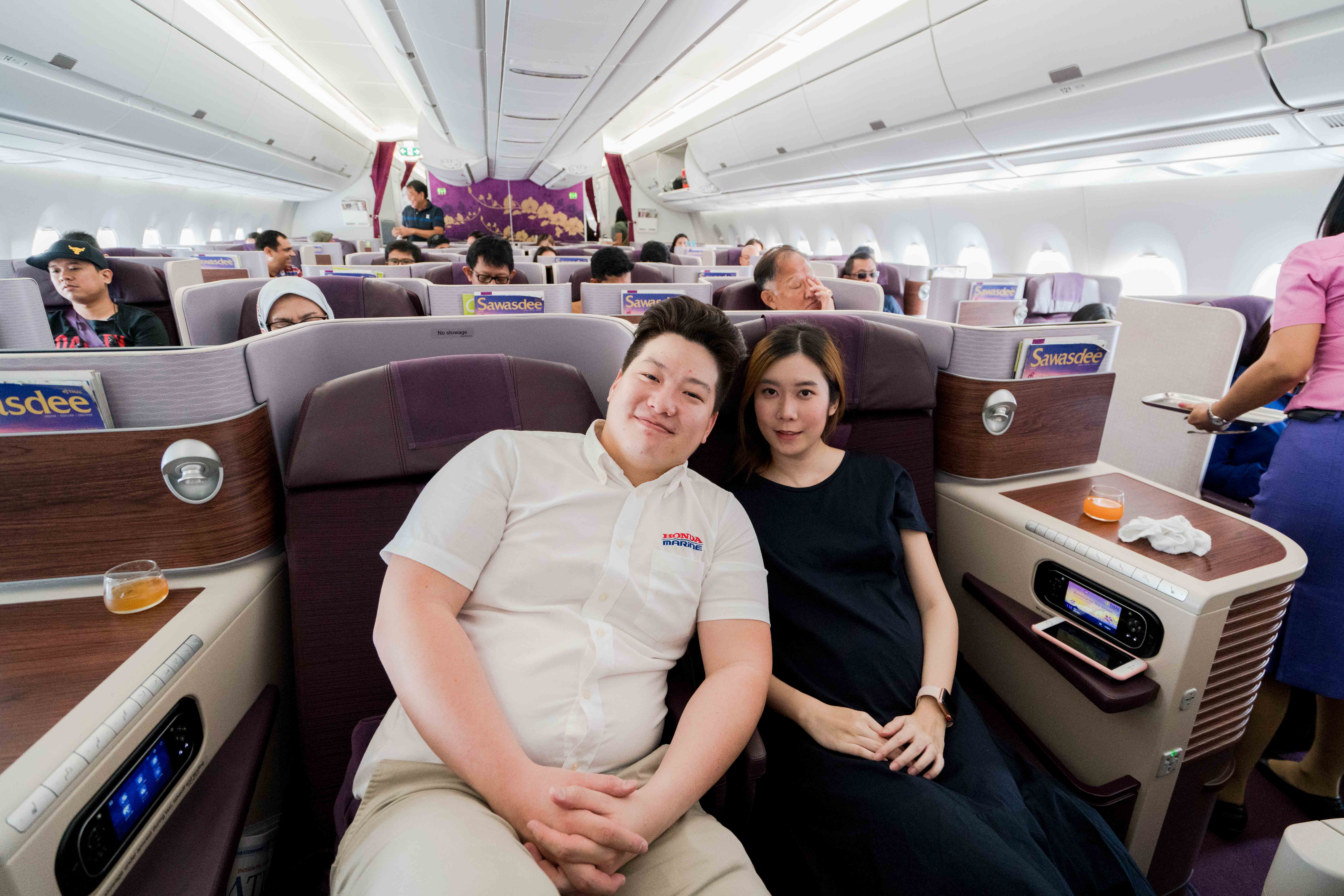 Passengers who travel as a couple and want to secure their seats together may need to book their seat earlier since there are only 4 pairs of seats next to each other available.

The seat pitch in Royal Silk Class Airbus A350-900XWB is 21 inches wide, offering a fully horizontal recline at 180 degrees. The area is spacious, with legroom for passengers to recline and relax while enjoying some privacy. 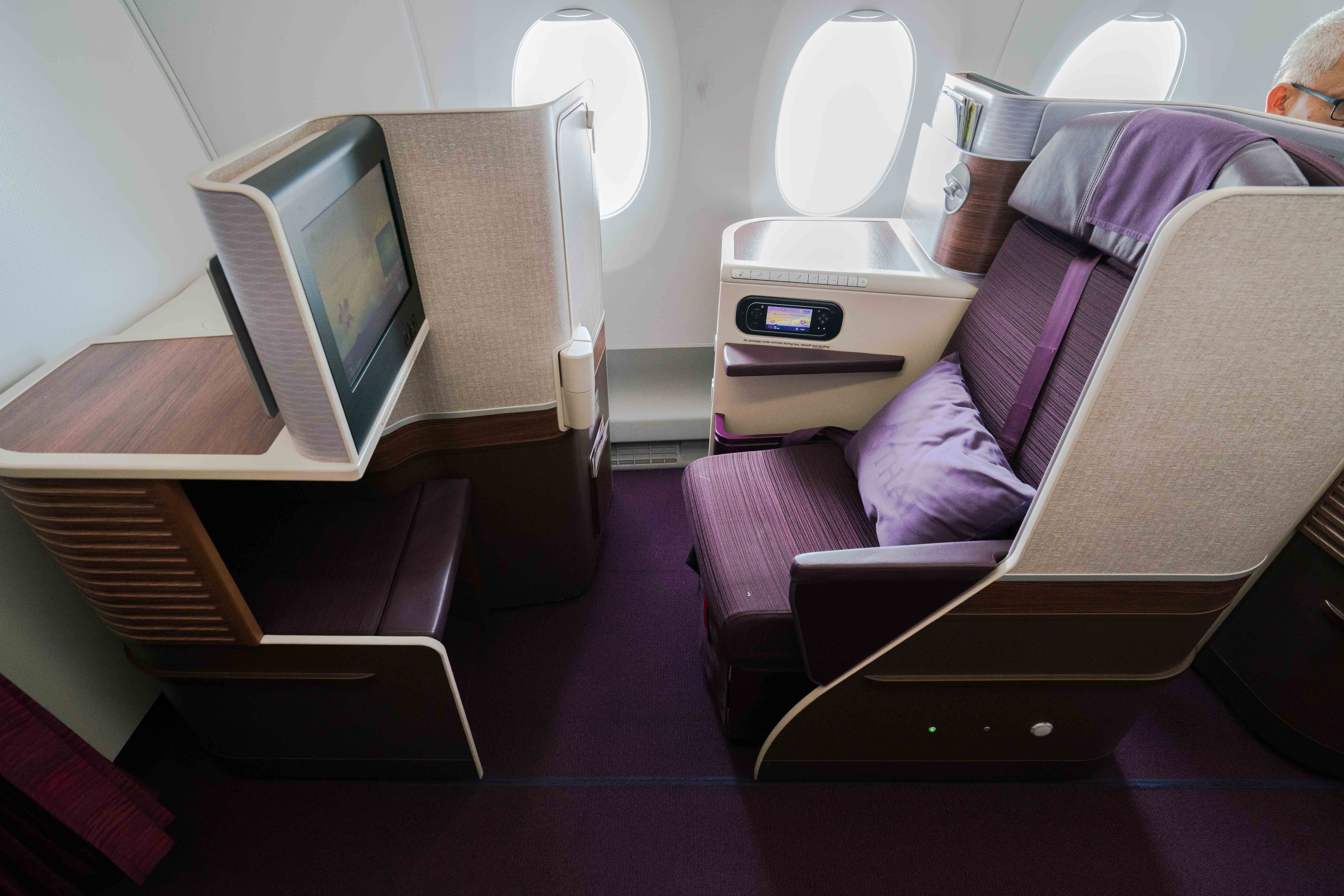 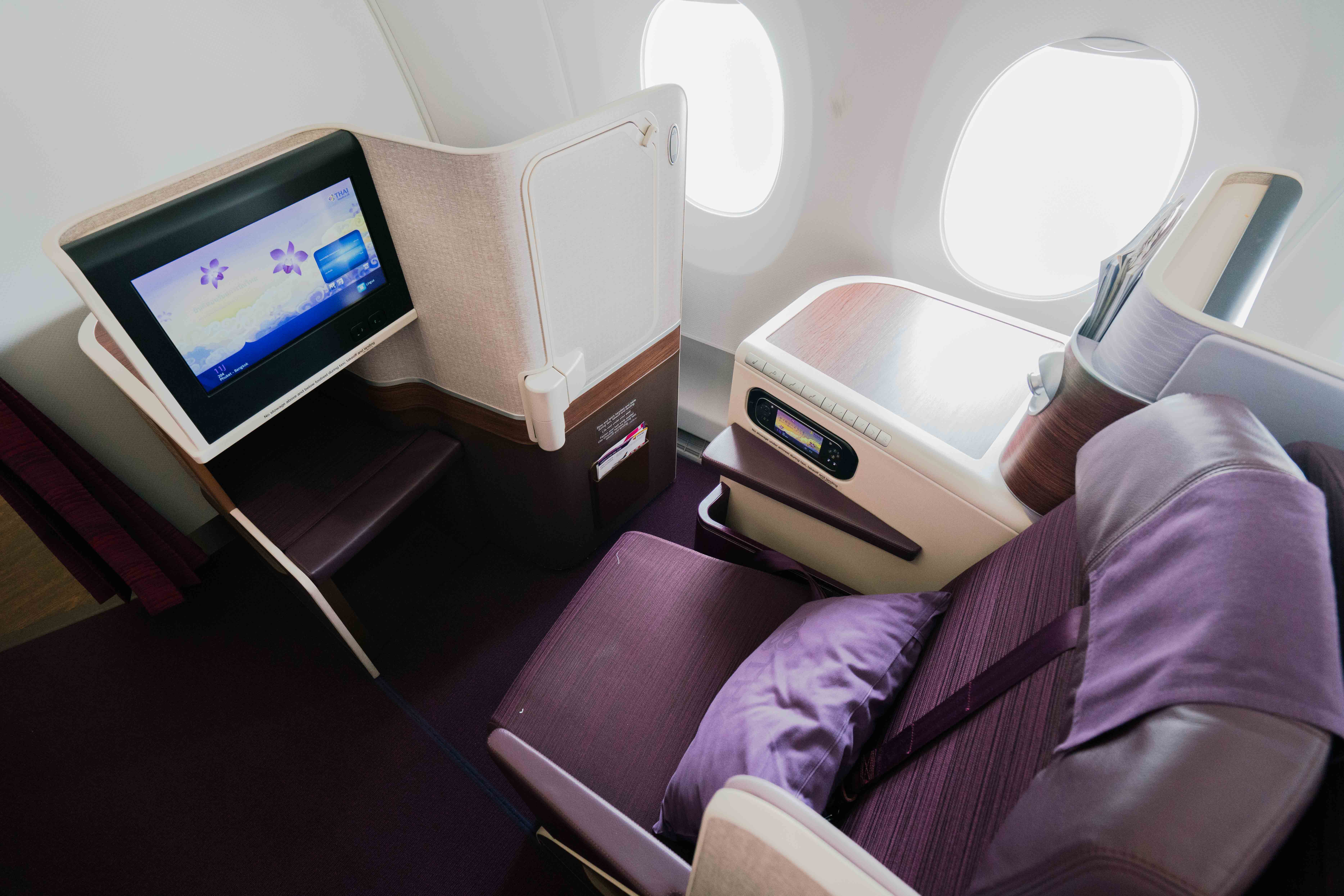 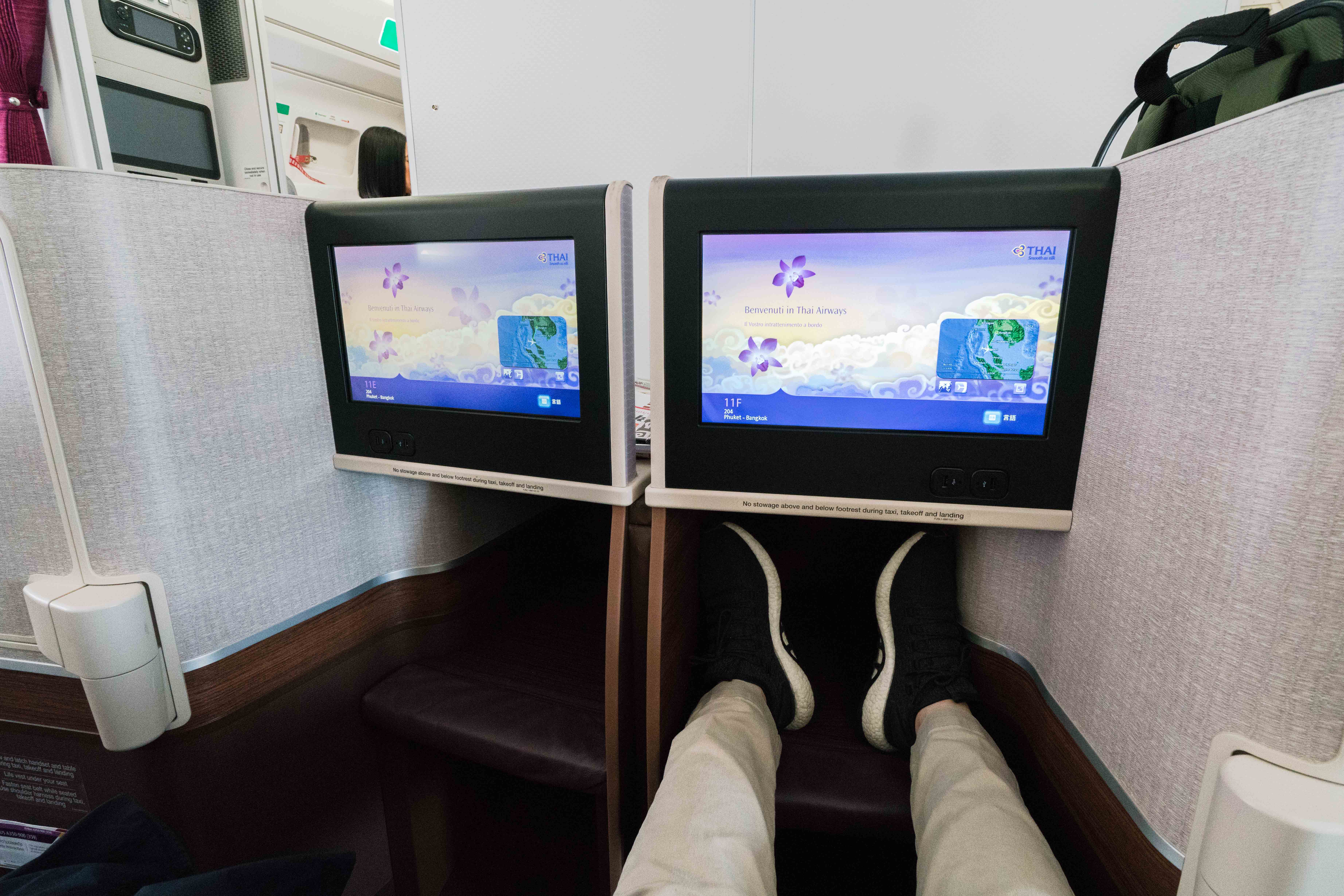 Furthermore, programs of In-Flight Entertainment on 16-inch touch screens with an audio jack are also available for passengers throughout the flight. 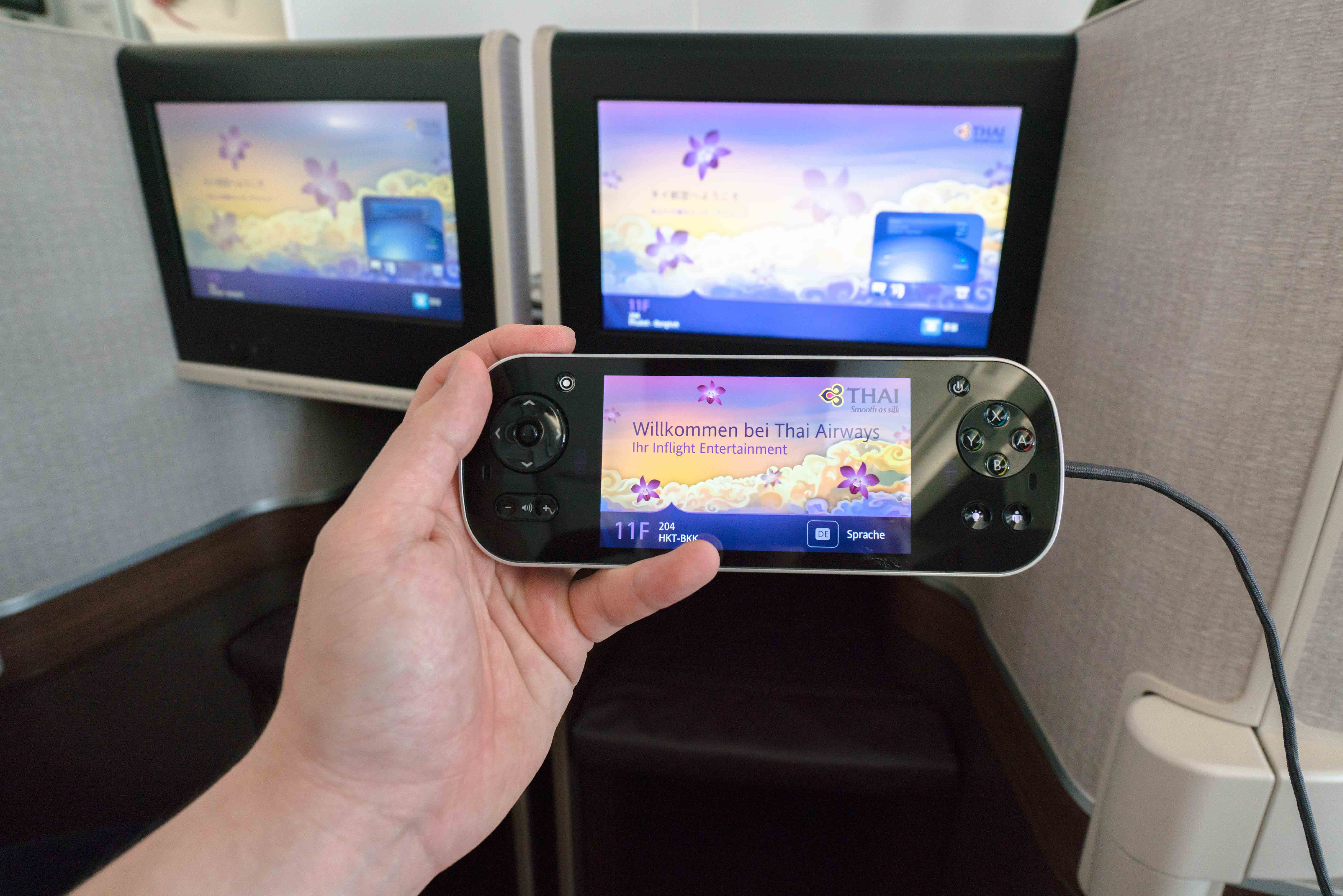 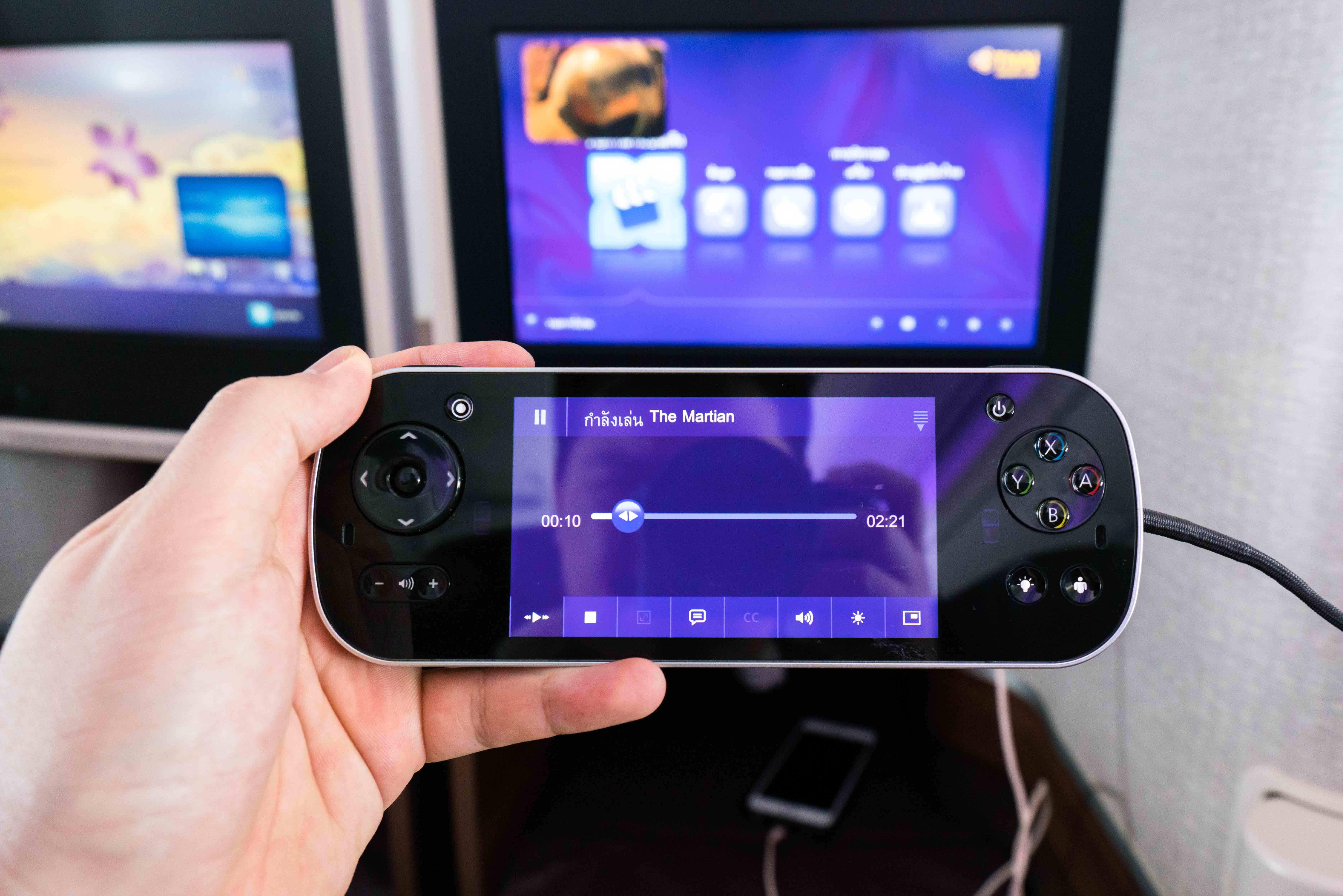 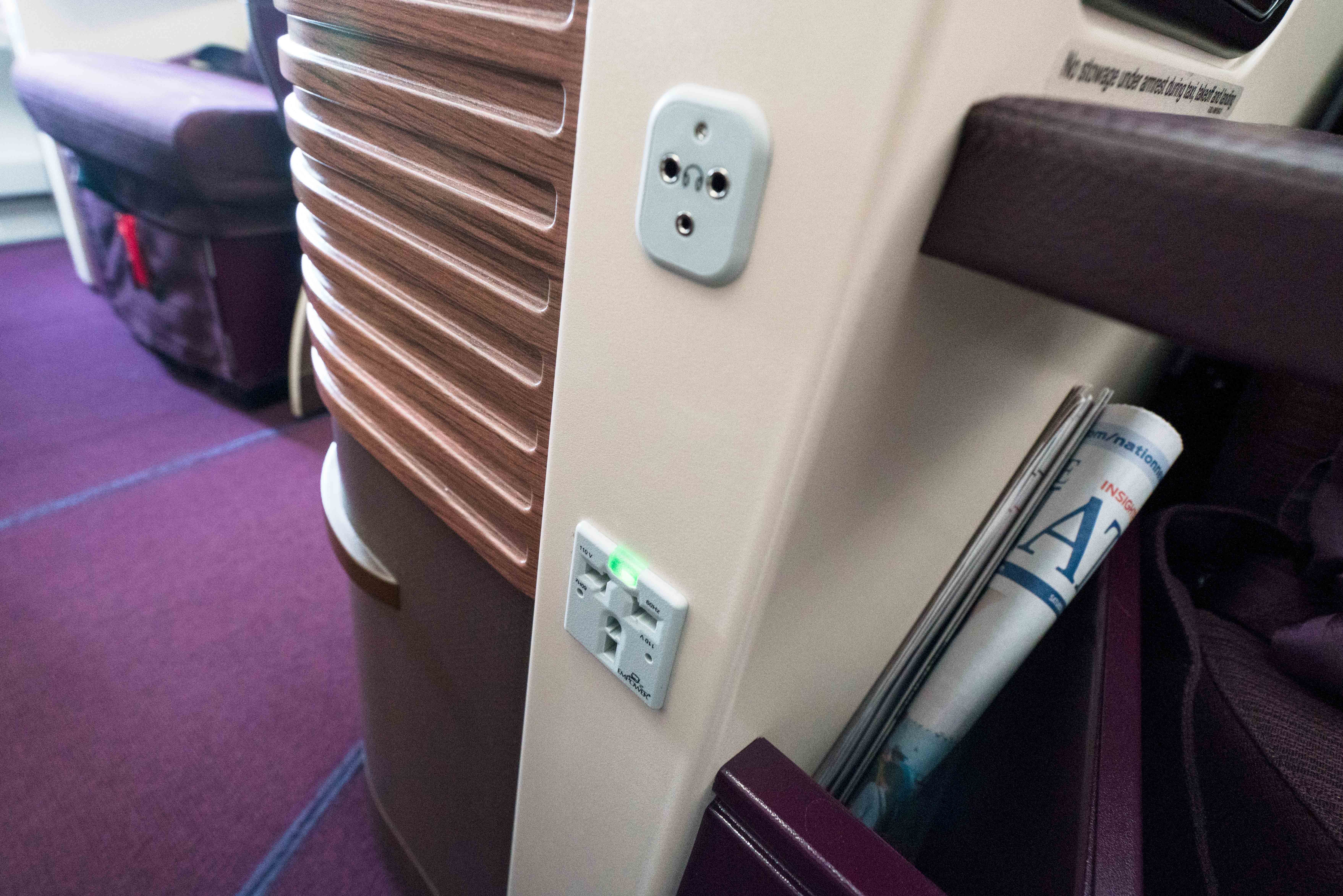 Seat plug sockets are available for passengers who use their laptops during the flight as well!

The panel–featuring a modern design with reflective surface–has various modes of seat adjustment. The modes vary and are very exclusive. In most cases, passengers adjust their seats while the plane takes off or recline their seats to 180 degrees like Mamy mentioned earlier. 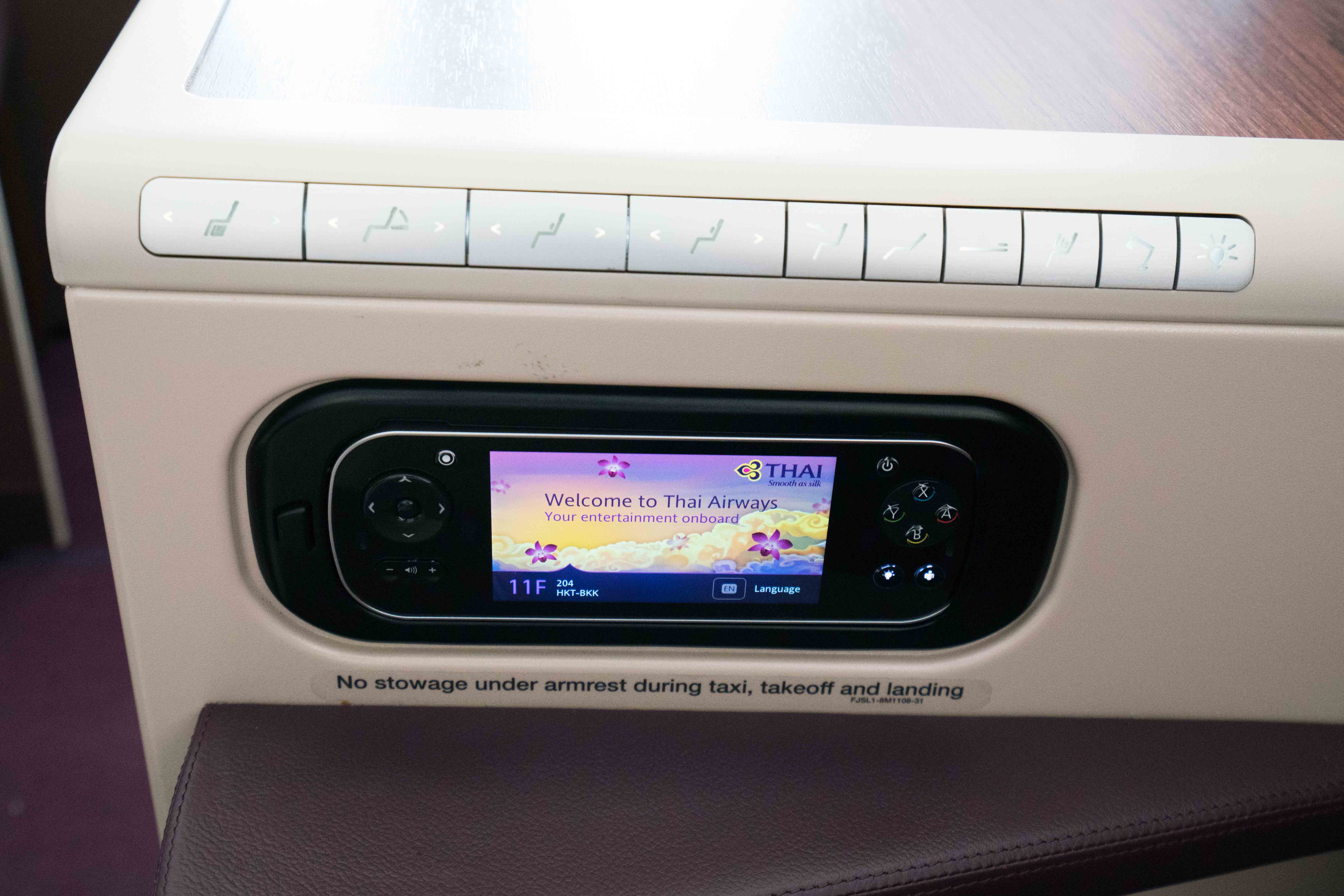 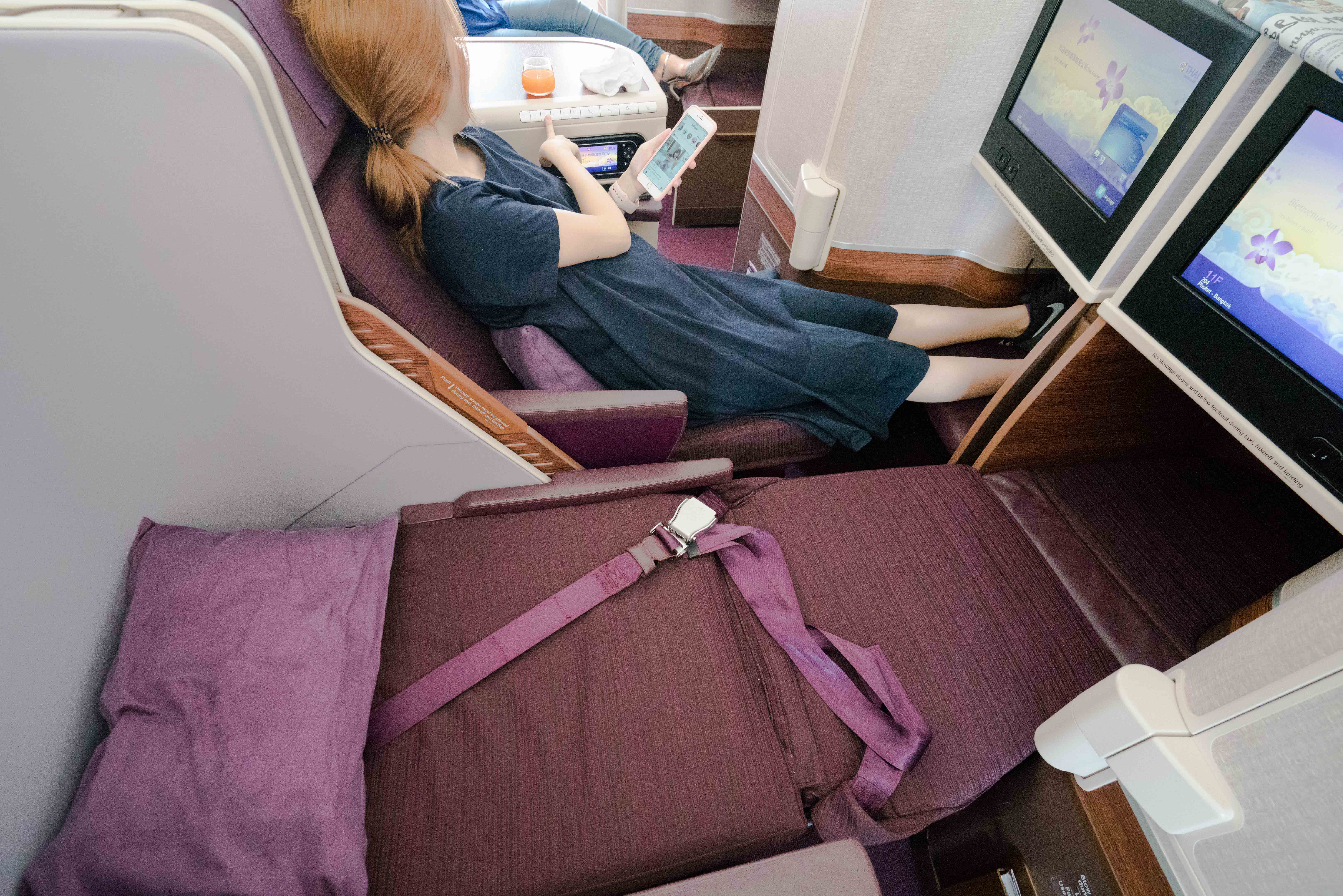 The food served on Royal Silk Class is not different from the menus served in Economy Class on international flights. But, as for Royal Class, the food is served on ceramic plates. Passengers are offered free refills for food and drinks. Keep this a secret between us, their desserts served on our national airlines are superb! 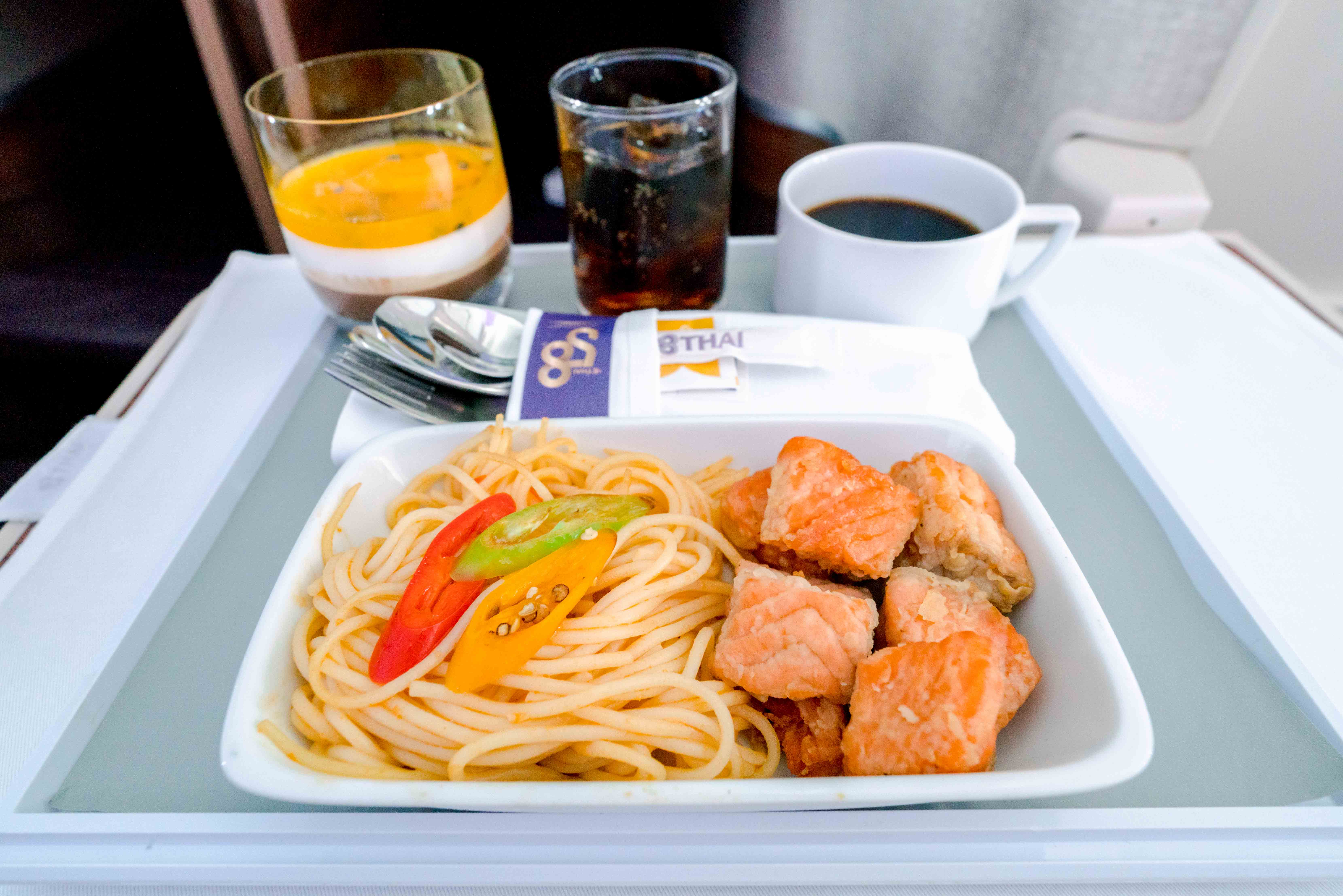 Another interesting aspect is, the screens can also display flight information–like time of arrival–while passengers enjoying the program of In-Flight Entertainment. Cameras are also installed on the plane, allowing passengers to see the flight status clearly. Passengers who want to use the in-flight Wi-Fi can use it after the plane has taken off for a while. The price for in-flight internet access is, however, relatively expensive, especially when compared with those of other airlines. 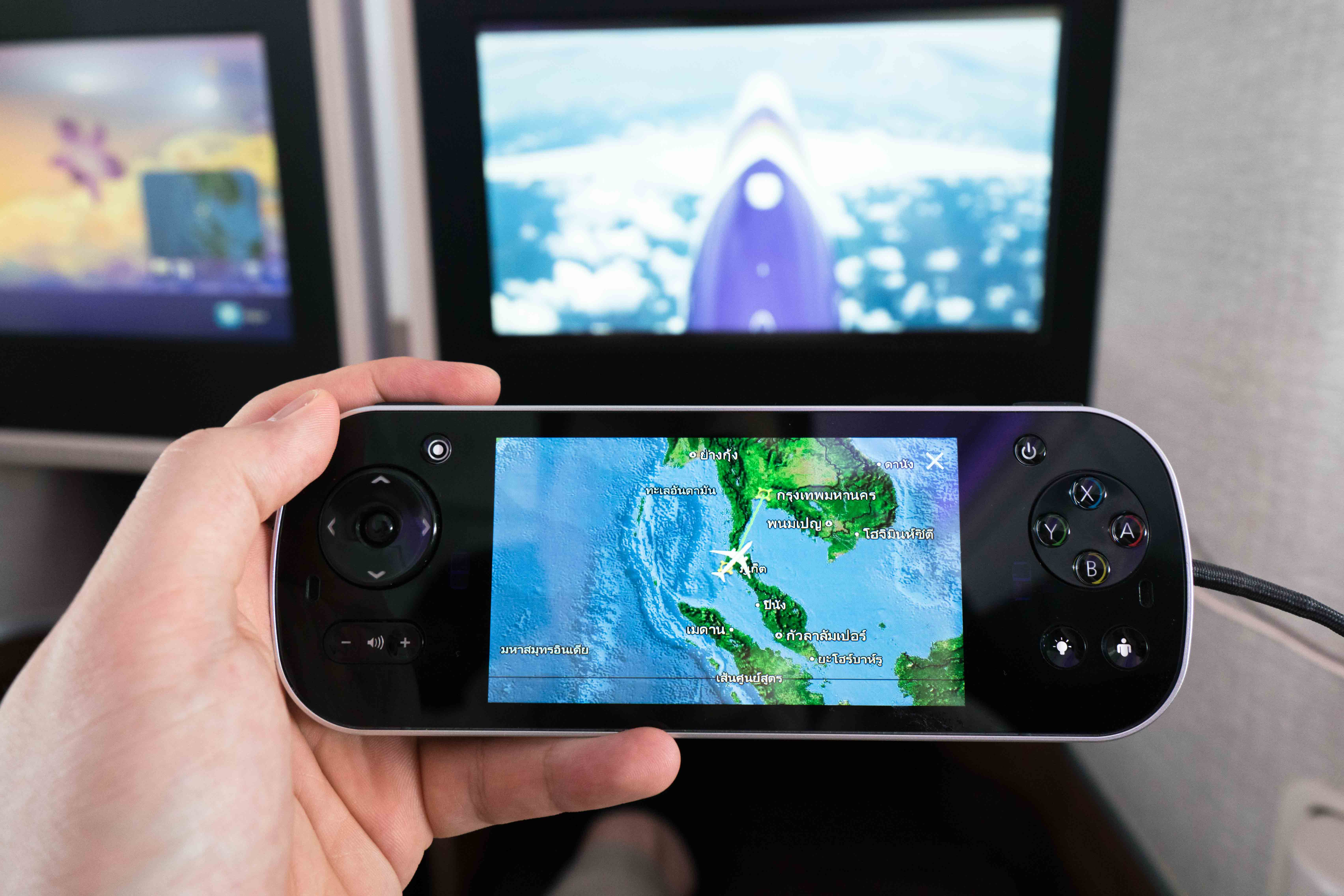 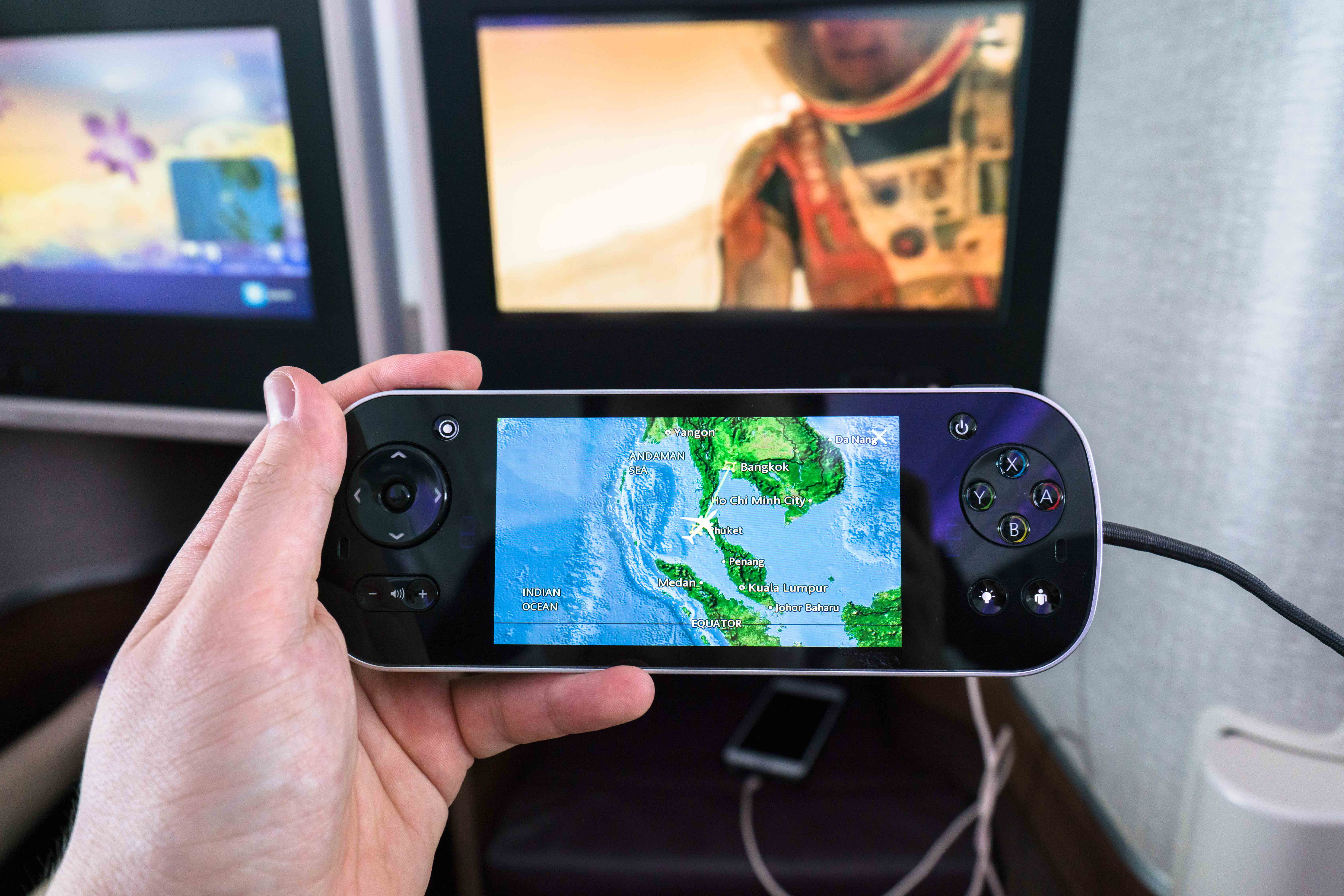 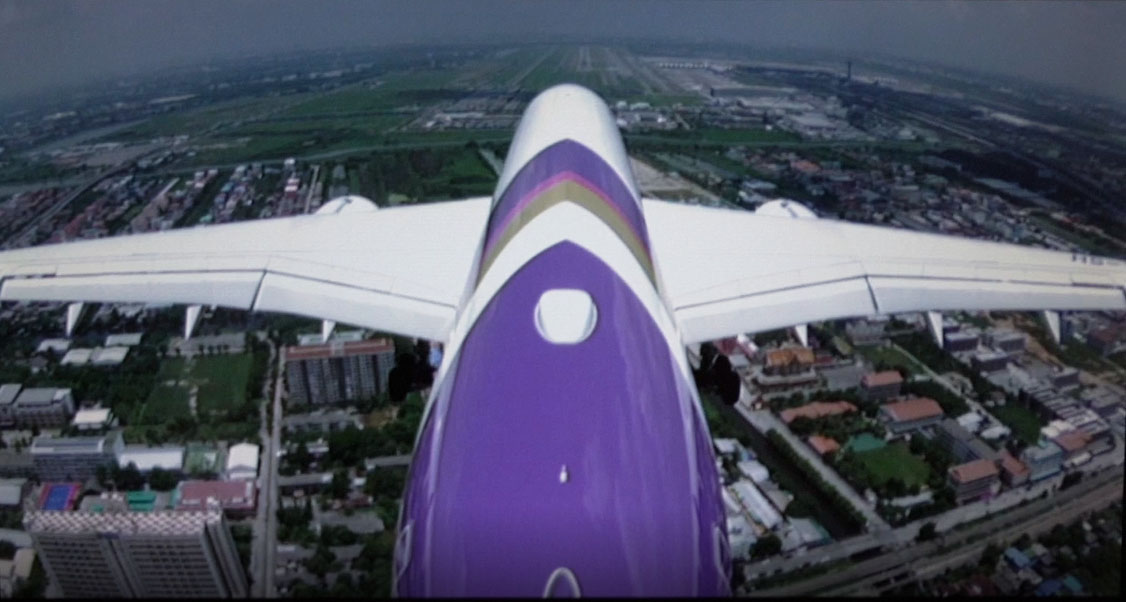 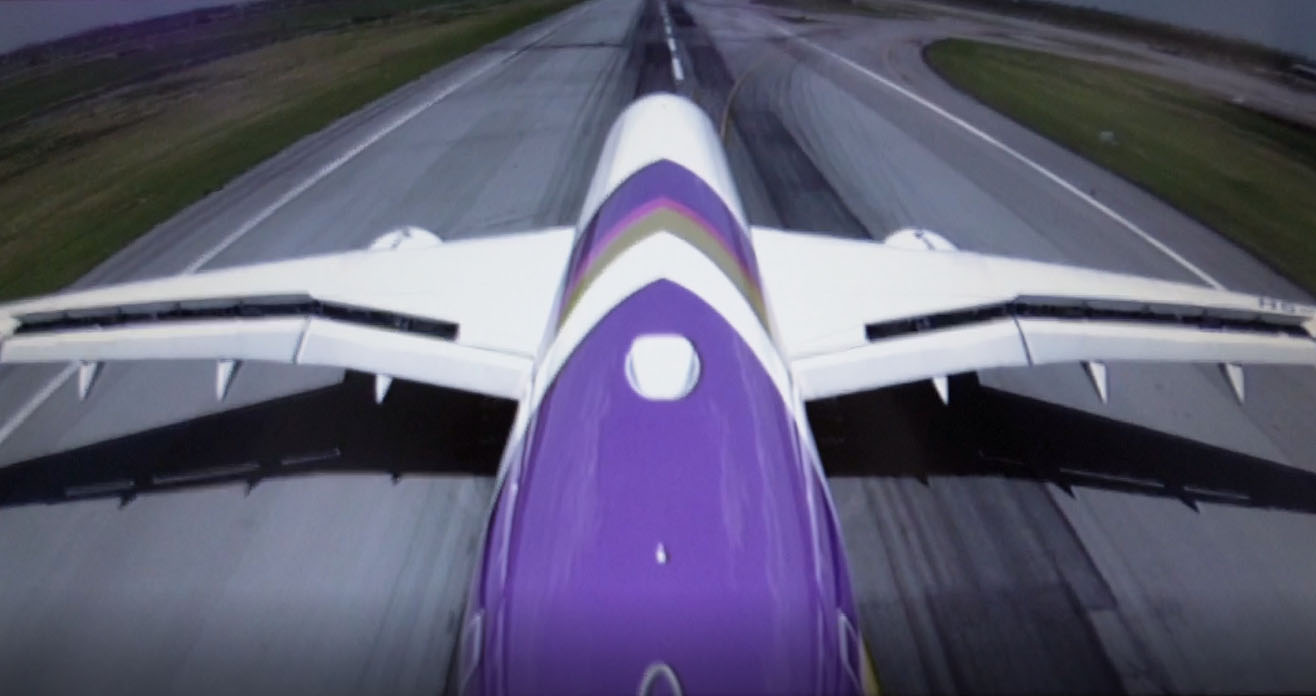 Those who get to fly Airbus A350-900XWB, also known as “Wichian Buri,” will probably find themselves very satisfied with the advanced technology tailored especially for passengers’ utmost convenience, along with impressive service from professional cabin crews from the national airline.