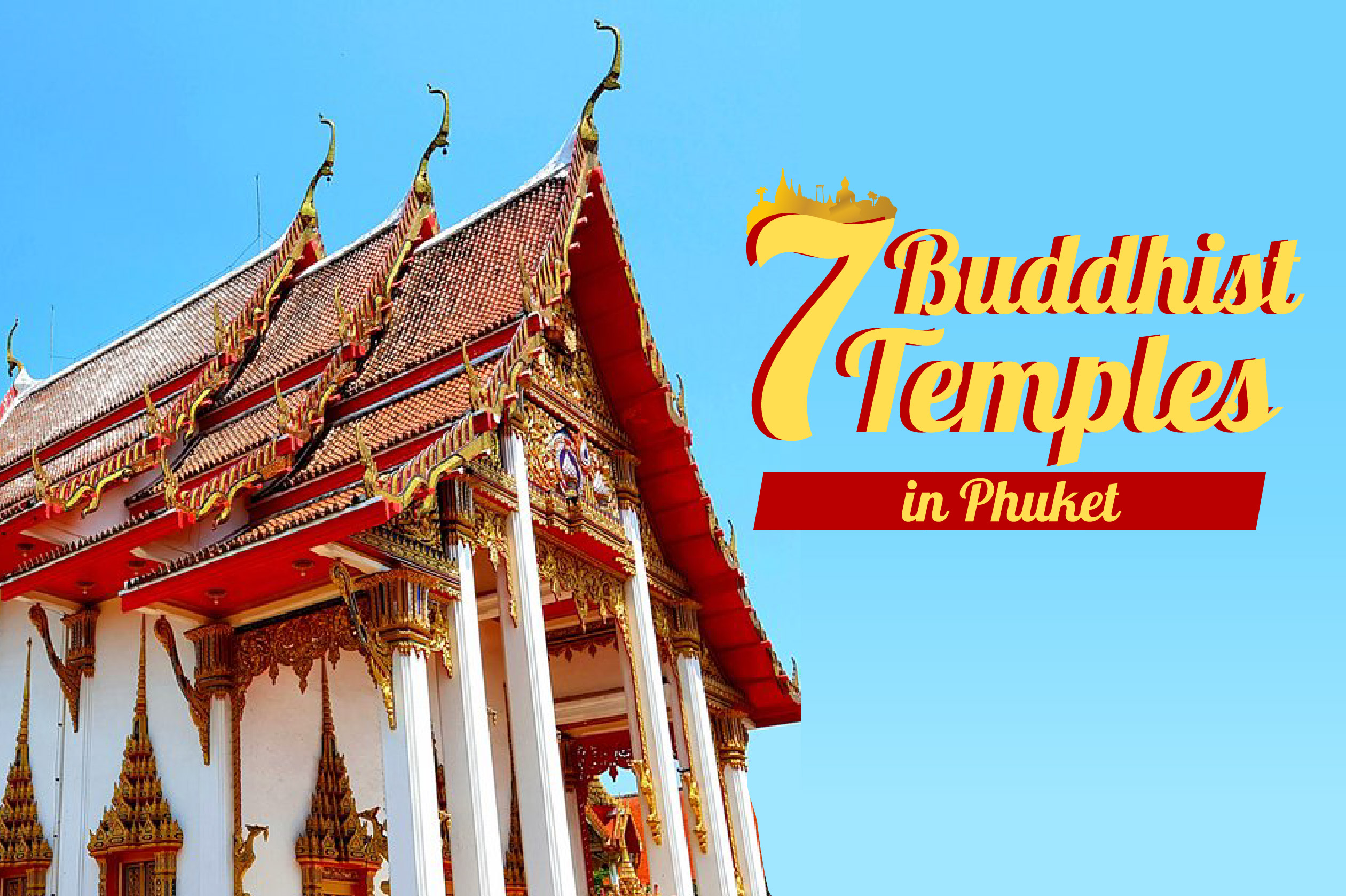 “Phuket” is a province with beautiful sea. The famous beach that attracts foreign tourists to visit millions of Thai people a year. The traditional culture and temples are priceless.

Just have a few days holiday can go to Phuket. There is also a car booking site and diving packages on the island, mamybooking.com that are convenient, fast and reliable. To see more than 7 temples in Phuket that should be worth to pay homage there. 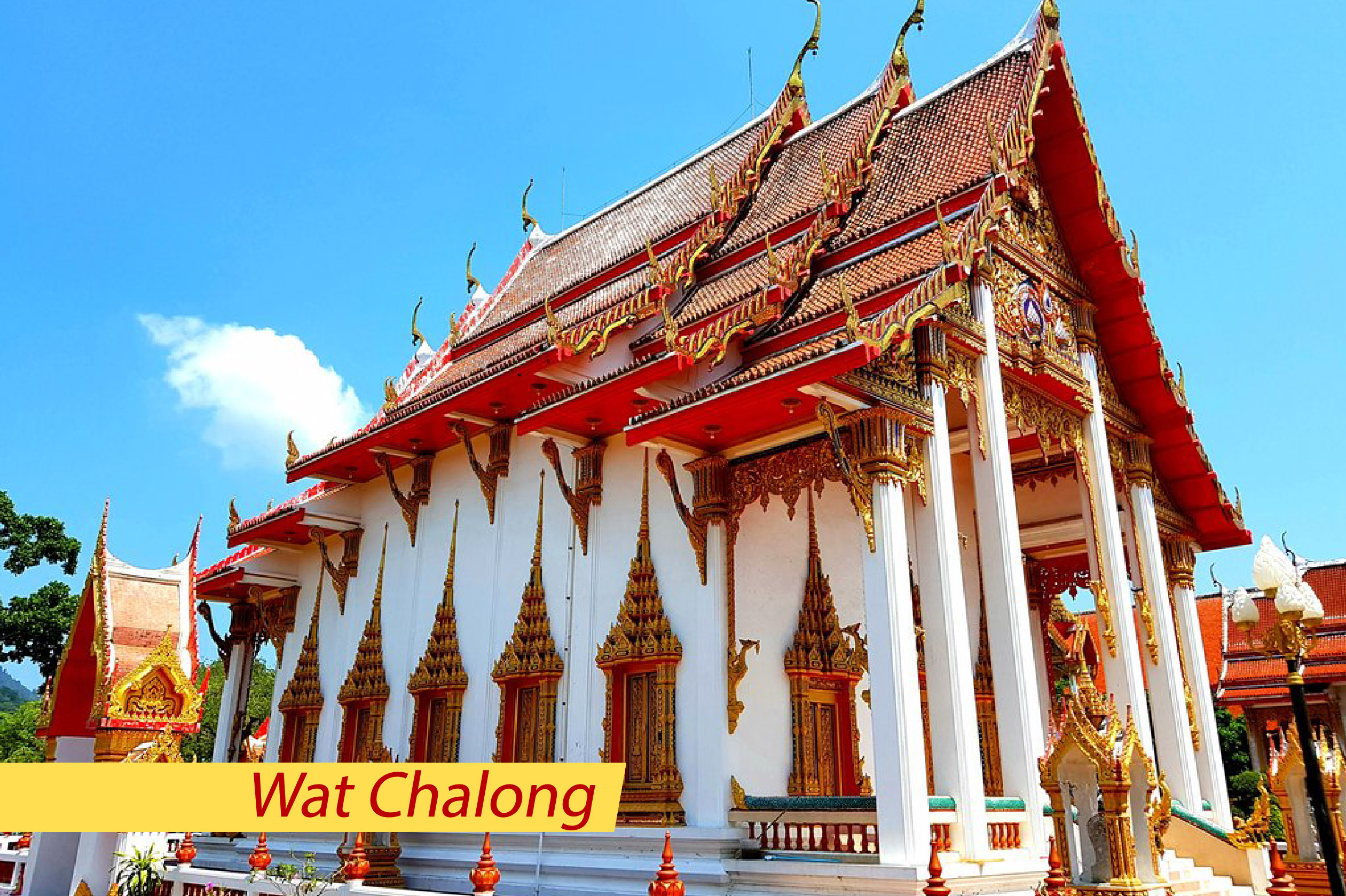 Chalong Temple
phuket’s most visited temple comprises a number of ornately decorated buildings, which were built at different time. it is the biggest and most frequented Buddhist temple in Phuket. The templeholds statues of former monks and lifelike wax models. The latest expansions of Wat Chalong is a 60 meters tall “Chedi”. Temples walls and ceilings are brightened with excellent designs and painting showing the life of Buddha, and numerous donated statues.

Prathong Temple
Built in the 1750s and known locally as Wat Phra Phut, this temple is Phuket’s second most important after Wat Chalong. The half-buried golden Buddha statue is the main attraction. According to legend, anyone who tries to uproot the statue will be crused. 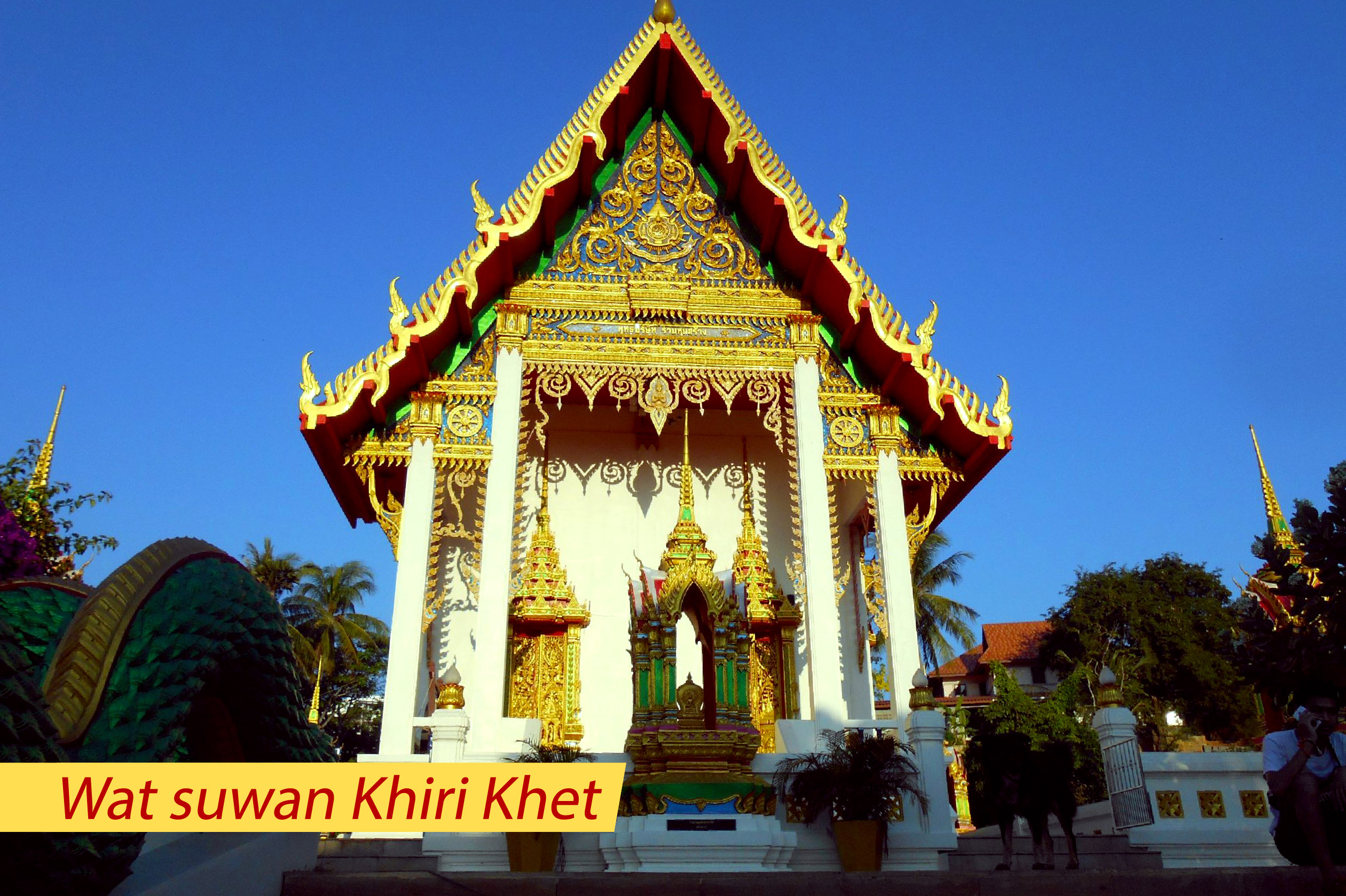 Suwan Khiri Khet Temple
Also Known as Wat Karon because if its location, this temple features engravings depicting  scenes from the Buddha’s life on the doors and windows. Two fantastic turquoise naga serpents encircle the main temple building and form railings down to the entrance. A smaller building guarded by a statue of a yak houses an attractive black sapphire Buddha image. 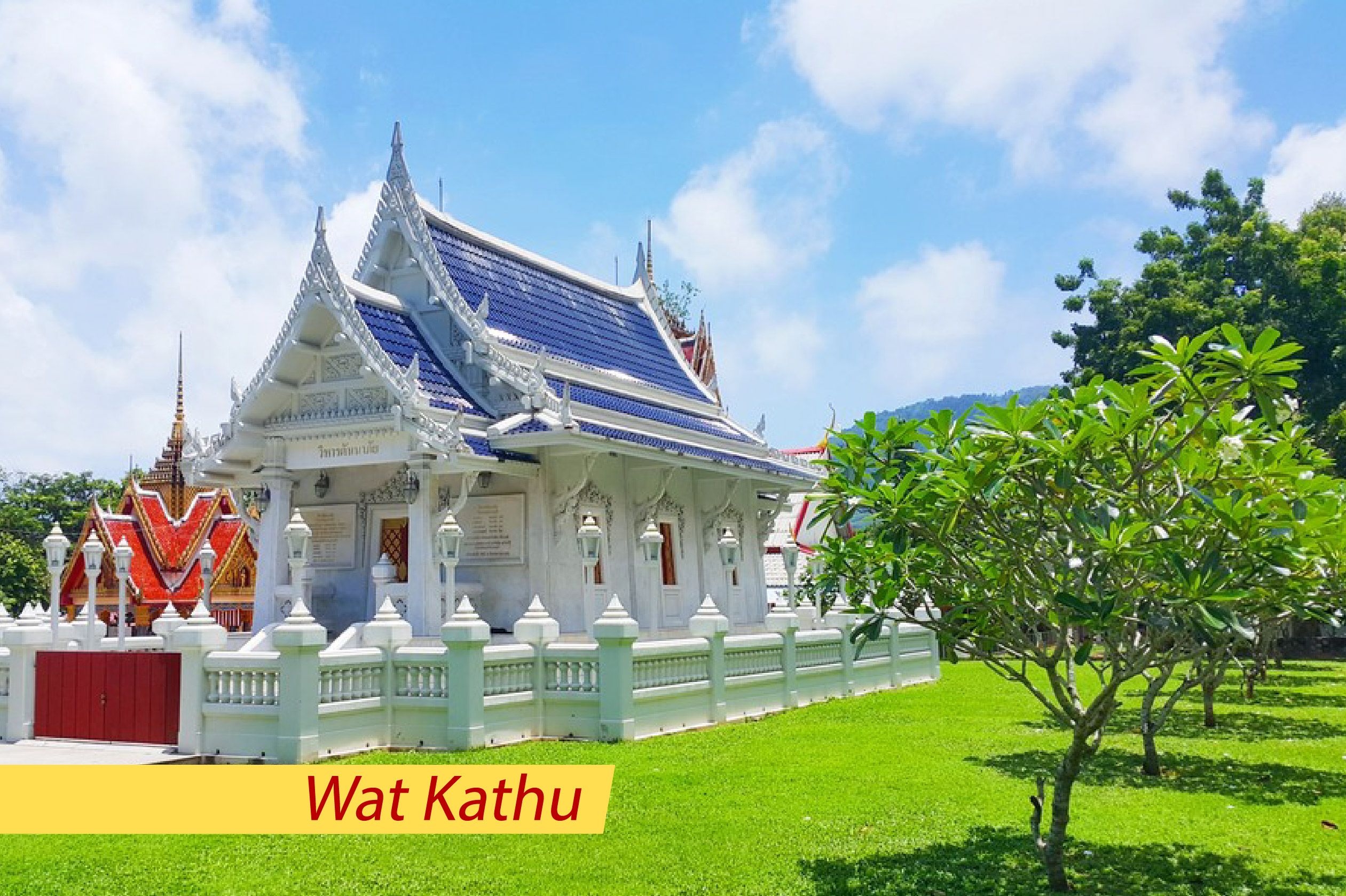 Kathu Temple
Located just outside Patong, this temple offers a peaceful respite from the surrounding frenzy of tourist activity. Its red windows are decorated in gilt-covered reliefs depicting scenes from the Buddha’s life; colored glass and titles decorate the exterior. 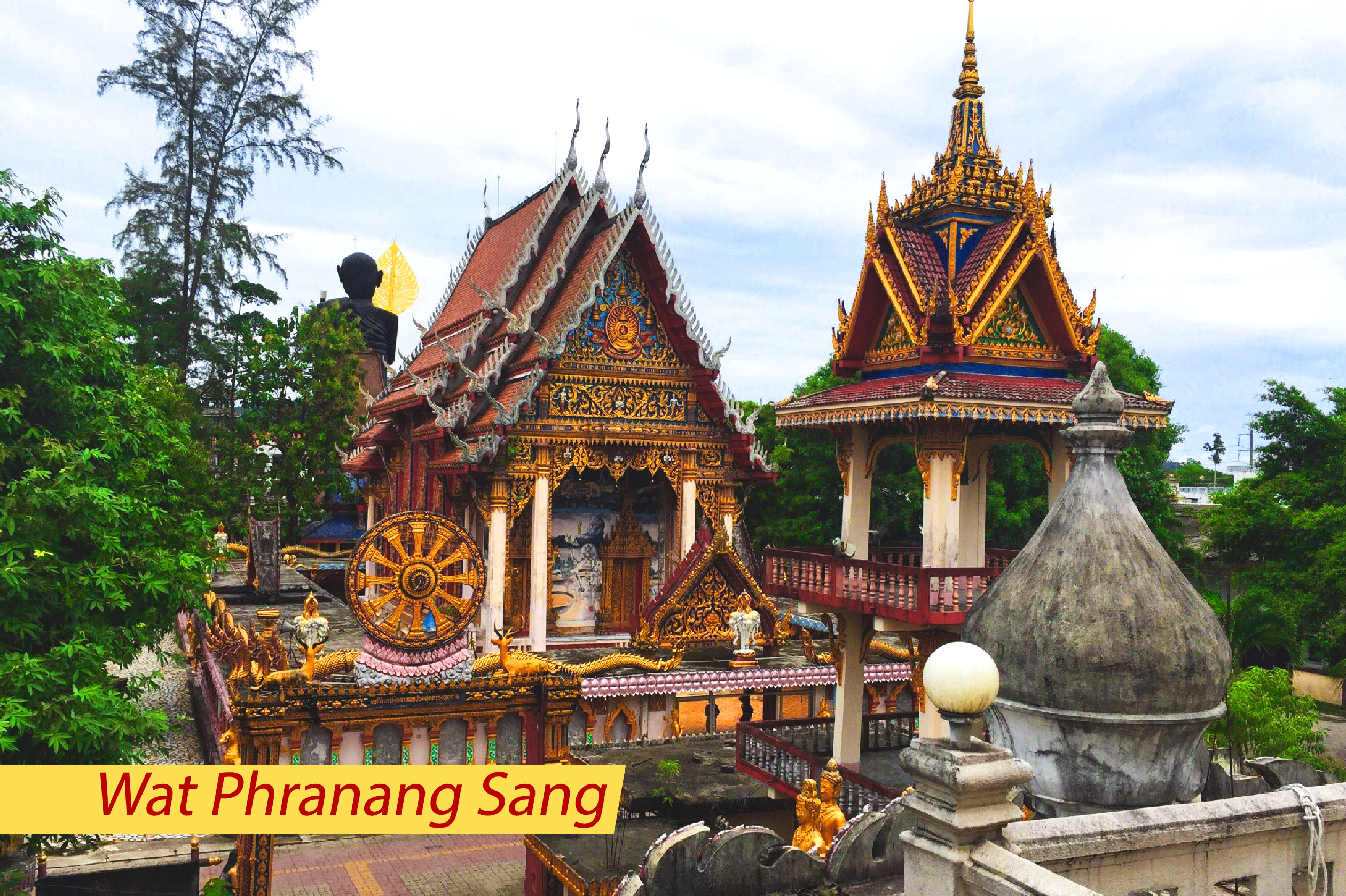 Phranang Sang Temple
Built over 200 years ago, Phuket’s oldest temple houses the mummified relics of a former abbot, Luang Poh Bai, and a collection of large tin Buddha images, crafted when tin was still considered a semiprecious metal. The Heroines’ Monument stand near this temple. 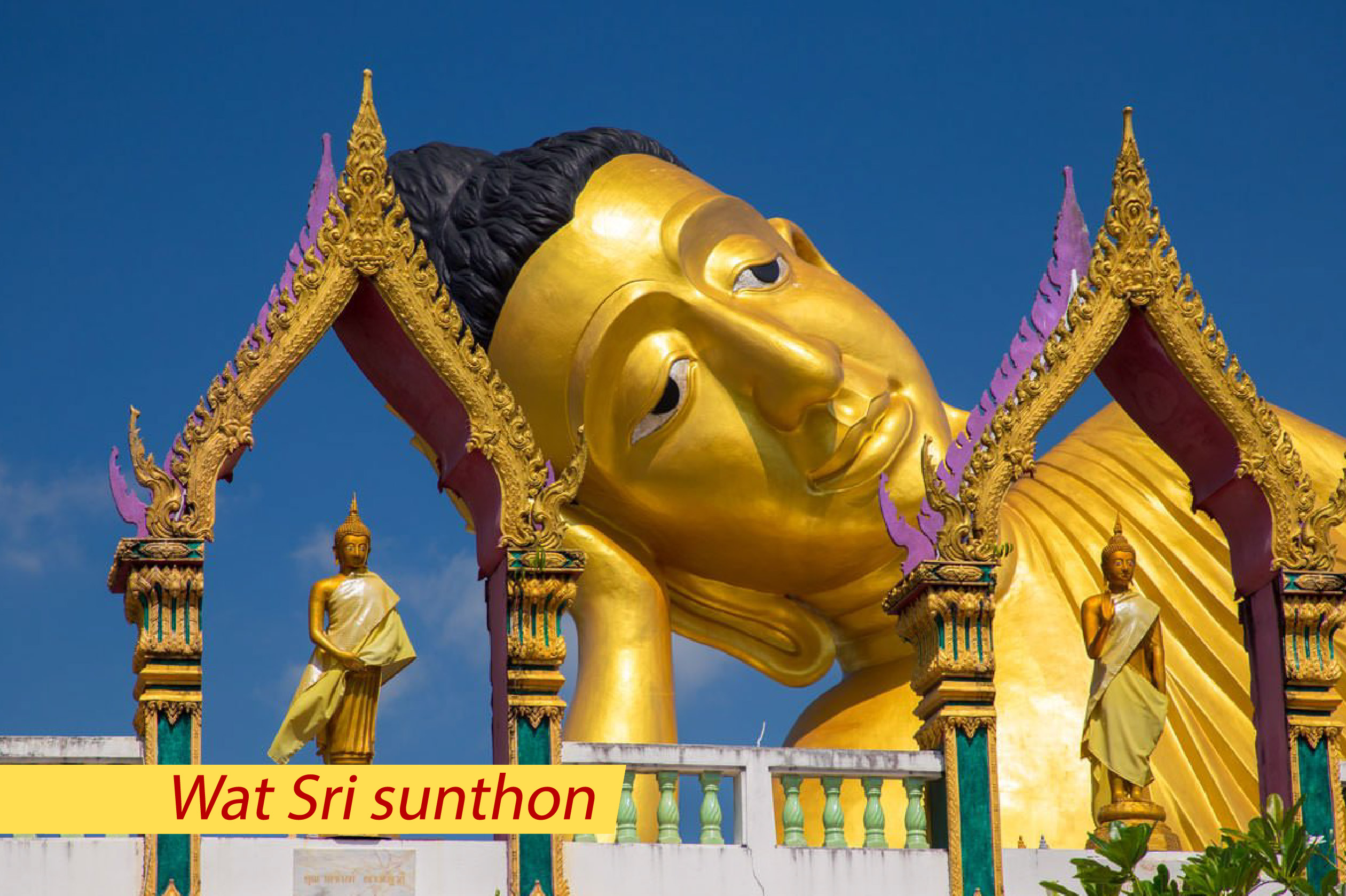 Sri Sunthon Temple
Towering above this temple is a massive 95-ft tall reclining Buddha statue, depicting the Buddha as he achieved Enlightenment. Nine other Buddha statues populate the entranceway. Built in 1792, and known locally as Wat Lipon, the temple was later renamed Wat Srisoonthorn to commemorate one of the two sisters who defended Phuket from foreign conquerors in the 18th century. 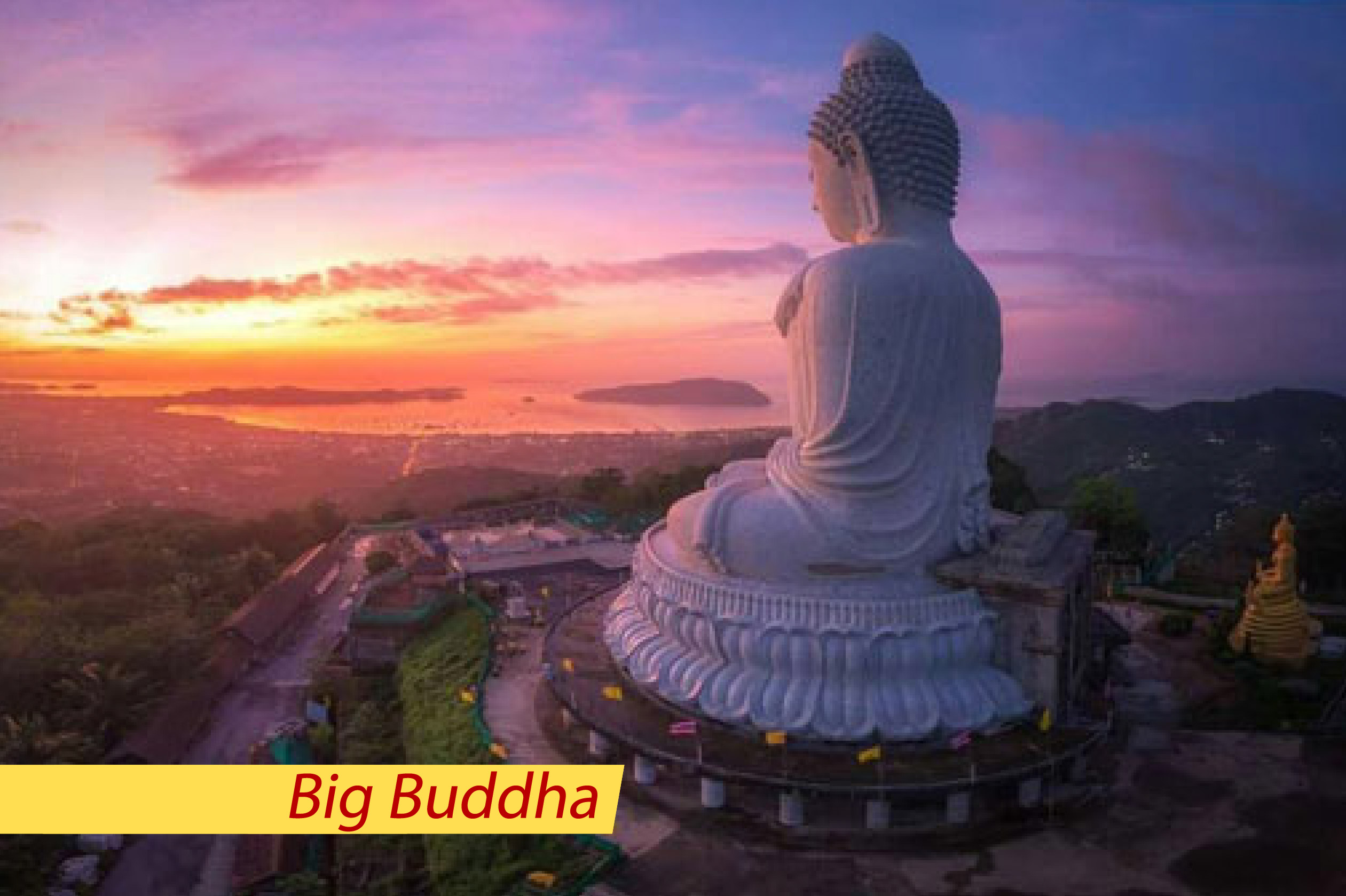 Big Buddha
Budha statue formal name is “Puttamingmongkol Akenakkiri”. It is a buddha being built in Phuket island of Thailand. Once complete, it will be 45 metres tall with a base diametre of 25 metres. It looks towards Phang Nga Bay in the east and backs towards Andaman Sea in the west. The patially completed Budha is open to visitors and there is no charge to enter the site, although there are many opportunities to make voluntary donations.