Home / Blog/10 Actions You Must Stop Right Now! If You Love The Ocean

10 Actions You Must Stop Right Now! If You Love The Ocean 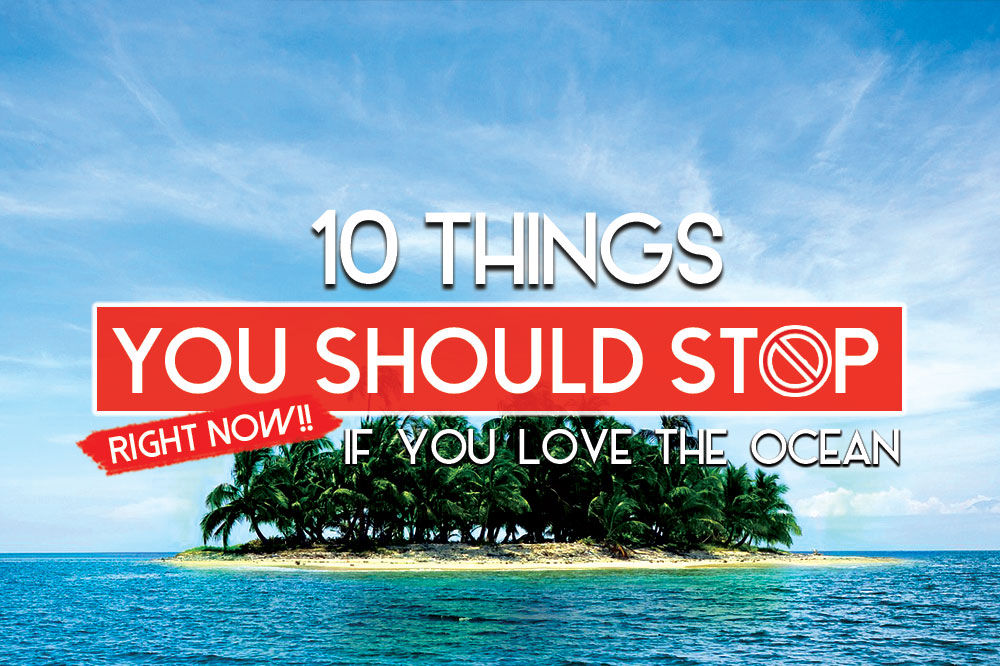 1. Don’t litter in the seas. Wherever you are, leaving your trash behind is what you should never do, for it can destroy ecosystems and lead to numerous issues. You probably saw news about sea creatures eating trash or a sea of trash on beaches. Simply put, don’t think of littering in the seas.

2. Don’t feed the fish. You know how bad feeding sea creatures can be for everyone and the overall marine ecosystem, right? When we feed the fish, we interfere with their natural feeding habits, which leads to their malnutrition.

3. Don’t touch the coral. The corals are underwater creatures which need some time to grow. Once touched, they will eventually die; whoever touches them may get injured from the ruins.

5. Don’t chase and try to catch the sea creatures. Chasing the sea creatures will scare them. Besides, marine life—such as sea fish, primates, or boneless ocean animals—can be exposed to infection through direct contact. So, when you go diving, don’t get too close to the animals.

6. Don’t stir the sand bed. Stirring the sand while diving can harm the coral by interfering with the process of photosynthesis—which involves with the feeding and maintaining the level of oxygen. Moreover, the currency and the dust can bother miniature animals hiding under the seabed and may expose them to the predators.

7. Don’t collect things from the sea. Taking sea creatures away from their natural habitats will interfere with the ecosystems. It can lead to the creatures’ malnutrition and lack of components necessary for their growth. Even seashells or coral reefs on the beaches are important to the overall beach environments, which are home to various creatures.

8. Don’t take coral reefs and sea creatures away from the beaches. Taking them away from the beaches causes the disappearance of living and nonliving marine resources from the ecosystems. If no one buys them, there will be no trader. Therefore, everybody should help maintain the marine environment. For those who really want to take something back home as a souvenir, it’s better to just take photos.

9. Don’t anchor in coral environments. Anchoring—whether it’s fishing boats or cruise ships—in fragile coral environments will cause physical damage to coral reefs, especially when the wind changes the direction. That’s because anchors will scratch coral reefs. So before anchoring, it’s always the best to check the sea bottom first.

10. Don’t hunt the fish when diving. Underwater hunting causes changes in ecosystems. Hunting will leave the injured fish tortured and eventually dead. Besides, divers or others in the area are put at risk of hunting equipment. 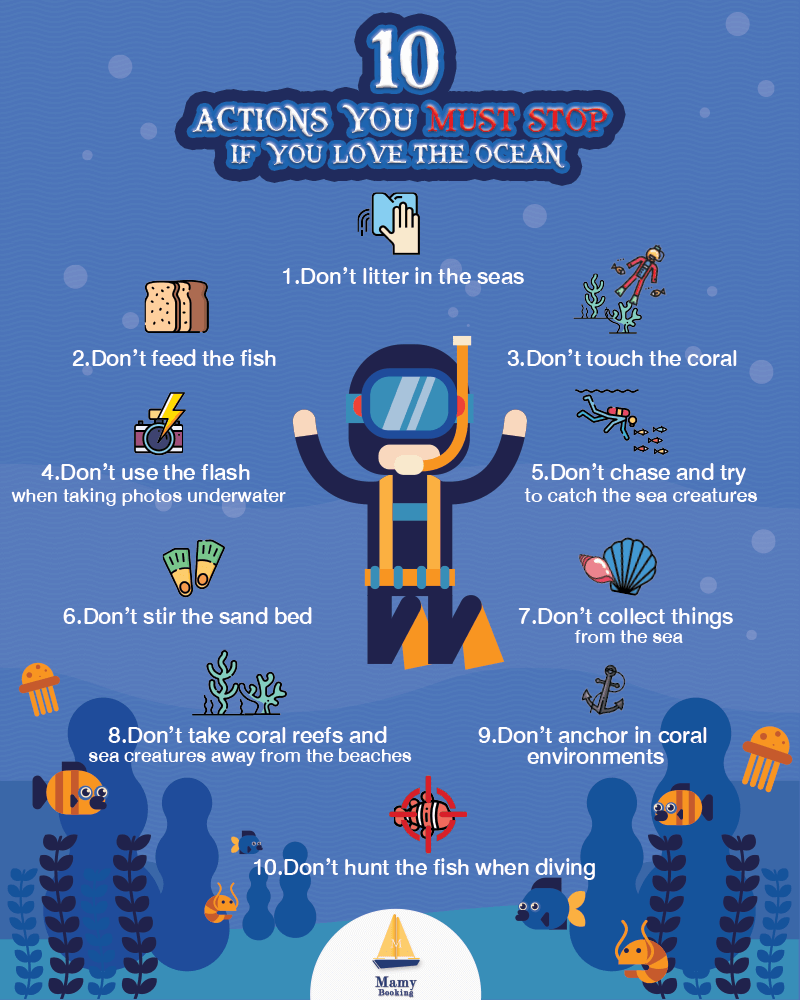